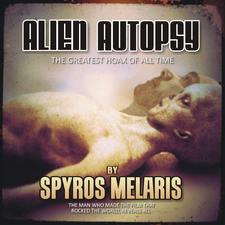 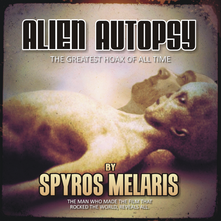 Limited Edition deluxe FULL-COLOUR hardback, personally signed and numbered.
There will only be 500 copies of the Deluxe Limited Edition printed in superior paper stock with access to a dedicated website

50% of proceeds will go to 'Bags Of Love For Homeless' 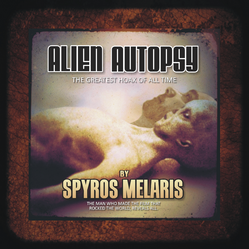 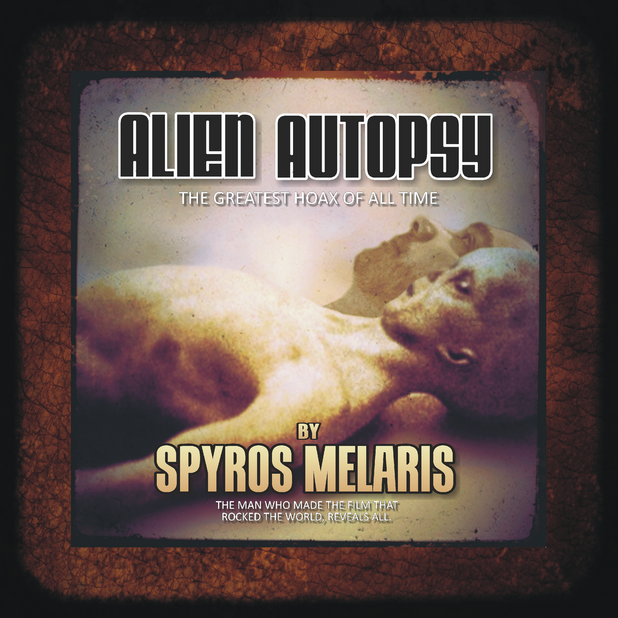 The Greatest Hoax of All Time

This is a complete account of how this monumental film came to be. It is the story of how Spyros Melaris found himself in a very unique position, and as a magician and a filmmaker, he saw an opportunity to ask two massive questions of the world.

“Do Aliens exist, and are they visiting our planet?”

He set himself a challenge to create the biggest illusion perpetrated on the world by a magician and filmmaker.  In 1995 the internet was still young and although email groups existed on platforms such as Yahoo, very few people were using them, unlike today when the Internet would play a colossal role in spreading the word.

This is a complicated story and most parts are so amazing that the reader will soon see that film was devised through different expertise’s all found in a very small crew indeed. Like all good magic effects, this was seemingly impossible.

With a very modest budget, Spyros and his crew created a monumental piece of UFO history. Indeed, the story was so compelling it spilled over into mainstream pop culture and it never left.

The film was featured in newspapers and magazines all over the globe. It featured in mainstream television shows such as The Simpsons, Seinfeld, and The X-Files to name but a few.
A reported 2 billion people have seen the images of this alien and after its 25th anniversary, it is as much a topic of discussion as it ever was.

The story starts in the South of France and soon became viral at a time when that wasn’t even a ‘thing’. It was the first major example of ‘Fake News' and to this day, the question is still being asked,

“Do aliens exist, and are they visiting our planet?”

In this book, Spyros Melaris tells all, Warts ‘N’ All’.

He describes the situations, the meetings, and the challenges. He tells about the people involved and what made this hoax possible. He explains in fine detail who did what, and how they pulled off the greatest hoax of all time.

This is a no-holds-barred account of what really happened. You will see detailed plans, drawings, and rare or private photos. Melaris fills in all the blanks as never before.

The book is accompanied by a dedicated website that backs up the various statements and stories with video, film, and telephone recordings.  New items will be added to this resource as the story progresses.  All book owners will receive the details of how to access this special website.

No one knows more about The Alien Autopsy than Spyros Melaris.
Only one man who was involved with this film had a hand in every aspect of its creation.

Alien Autopsy – The Greatest Hoax of All Time.
The truth is in here …